This is a popup description

Filemaker Runtime Application - We Are NOT Programmers

The software platform on which we built the Quote Magician is not a software platform at all.  It is actually a Filemaker database.  The original Quote Magician was born as a spreadsheet, which was totally inadequate and was not relational.  Linking data between sheets was possible but highly problematic.  So a database was then used.  It was a non-relational database (we honestly can’t even remember the name of the program) that was just as clunky as the spreadsheet.  Because we are Mac guys we looked for a Mac based solution.  Filemaker had the tools we needed with a relatively easy learning curve, was cross platform, and had an interesting set of developer tools we thought we could use.  So we began scripting – Filemaker uses scripts to perform actions, open pages, etc.  And we learned and we learned and we wrote scripts and we rewrote the whole program several times. 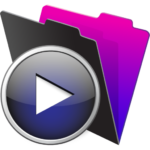 When it came time to make the program available to the world we had a choice – become real programmers and learn to code and completely rewrite the program once again or use the tools provided by Filemaker to create what is known as a Runtime Application.  Essentially, Filemaker provides tools to make working applications from a database.  It actually works.  The rest of the process – creating installers, distributing the program, tackling the problems associated with permissions issues and code signing and…  It was quite a task getting from nifty little in-house database program to full fledged application.

So, when you scratch your head and ask the question “Why does this thing do this that way?”  The answer is, because it is a Filemaker Runtime Application.  It works, but sometimes it works in its own way.